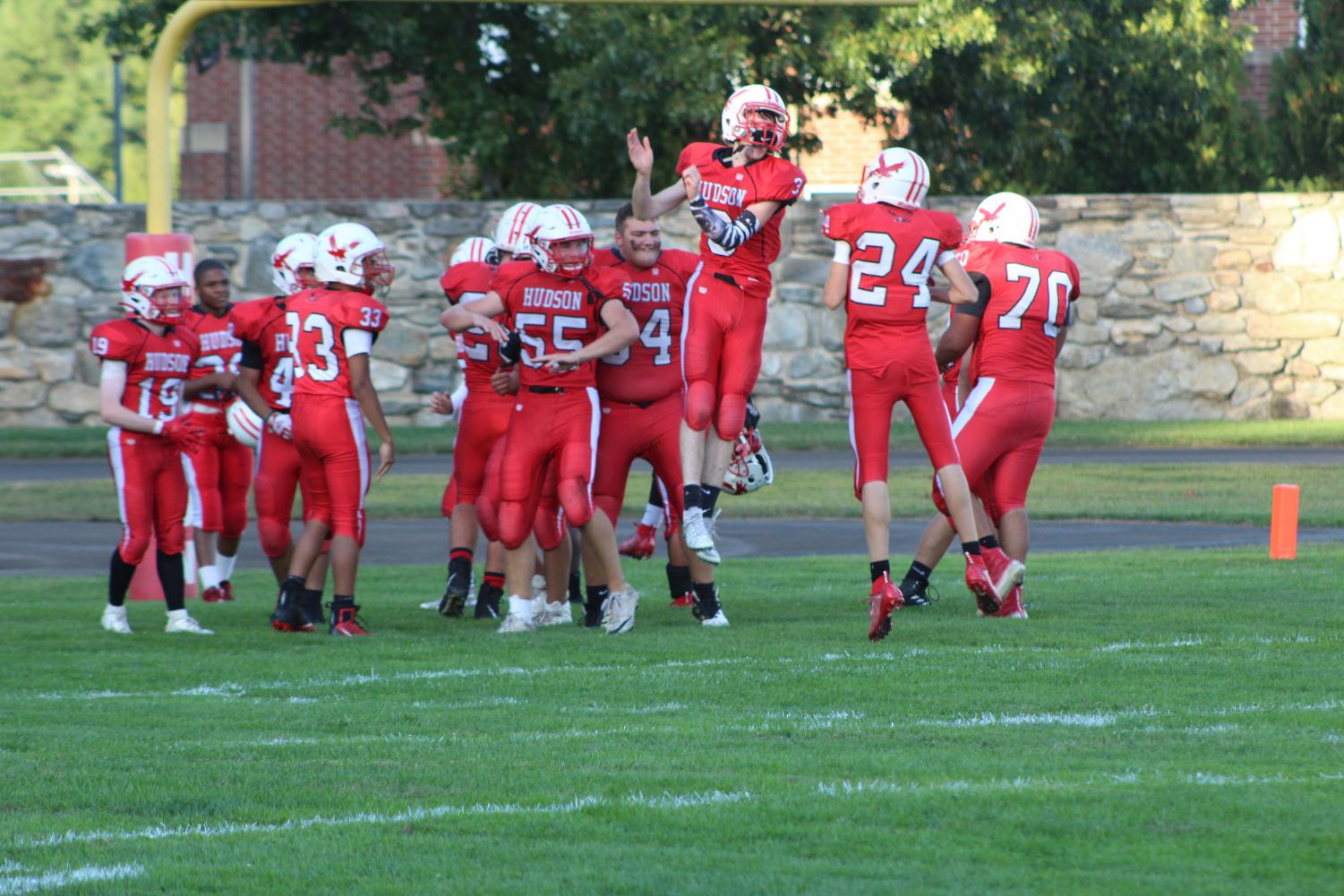 The clock runs down, ushering a Hudson victory of 28-8 against Abbey Kelley Foster. The home opener was played under the sun instead of the stadium lights because of EEE concerns forcing outdoor activities to end by dusk. | by Liana Melecio (Liana Melecio)

The clock runs down, ushering a Hudson victory of 28-8 against Abbey Kelley Foster. The home opener was played under the sun instead of the stadium lights because of EEE concerns forcing outdoor activities to end by dusk. | by Liana Melecio

Fans and players shielded their eyes from the sun during the first football game of the season Friday at the Morgan Bowl.

The traditional start time of 7 p.m. under the lights was moved before dusk, at 4 p.m., as a precaution for outdoor activities with the heightened risk of EEE. As of September 10, 2019, Hudson was put under High Risk for EEE.

“Due to the elevated risk level, it is strongly recommended to refrain from outdoor activities from dusk to dawn when mosquito activity is at its highest,” the Hudson Health Department said.

Though only eight people have been confirmed to have EEE in Mass. the fear is still prevalent as the virus has killed a woman in one of the 193 communities where EEE has been found.

“It’s scary to think about because you never know if you could get the virus,” freshman cheerleader Kendra Slater said. “Even though it’s very rare, there are going to be people who get the virus and what if that person is you?”

Currently, all outdoor games will be prior to dusk to avoid the possibility of anyone contracting the virus. But the struggle isn’t just for the football team.

“All sports are affected not just football, every sport,” Vice Principal and Head Football Coach Daniel McAnespie explained, “Every outdoor activity that we have in the town of Hudson will be affected.”

“I was kinda mad about the time change because it actually takes away some of the hype for the game away,” varsity football player, senior Joe Fills said, “It’s something about the Friday Night Lights that gets the team going.”

“I’m not able to go to the game because it’s during most of our practice times. The energy won’t be as high because they love the night games at the bowl,” said Cassidy

“Most of the athletes practice near the Morgan Bowl, so our practices will be super crowded and loud,” Cassidy continued.

In spite of these disappointments, a sizeable crowd went on to cheer the Hudson Hawks to a 28-8 victory over Abbey Kelley Foster Charter.

“It was a larger crowd than we were expecting,” said coach Wayne Page.

Those who trickled in throughout the game were pleasantly surprised.

“Even though it wasn’t under the lights, Hudson pulled through with the dub [W, for win] commented 8th grader Lila Rice.

For fans concerned about not catching any games under the lights this year, this precaution is only temporary.

“After the first frost of the season, we’ll be back to the 7:oo p.m. game time on Friday nights,” Fills said.

Until then the plan is to stay cautious McAnespie elaborated.

“EEE is a real thing and that we need to keep people safe,” said McAnespie

“If something is going to put them [athletes] at risk we have to change it, ” echoed Coach Jake Wardwell. 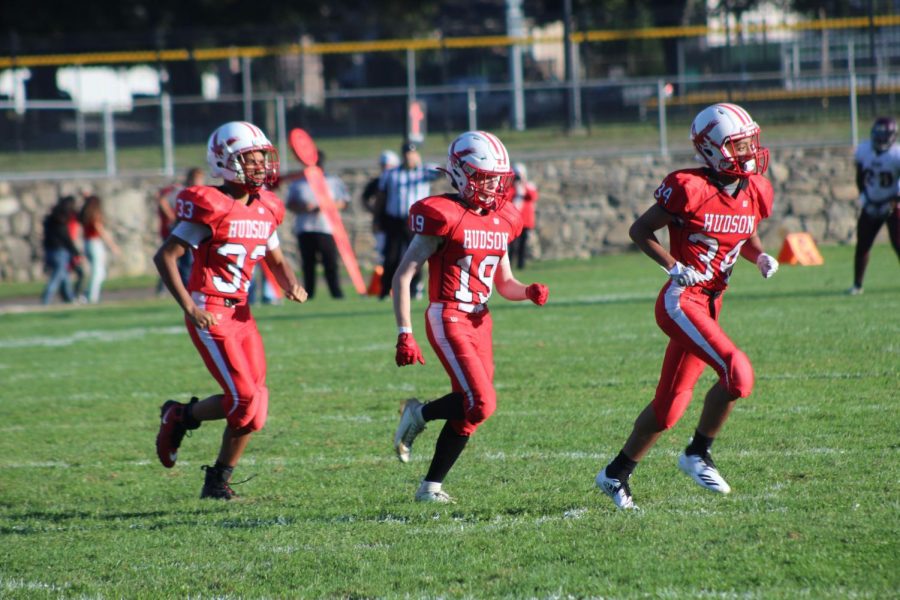 Gallery|6 Photos
Liana Melecio
Vinny Rodriguiez (33), Alex Crogan (19) and Quinn O'Brien (34) substitute out and hustle back to the sidelines | by Liana Melecio