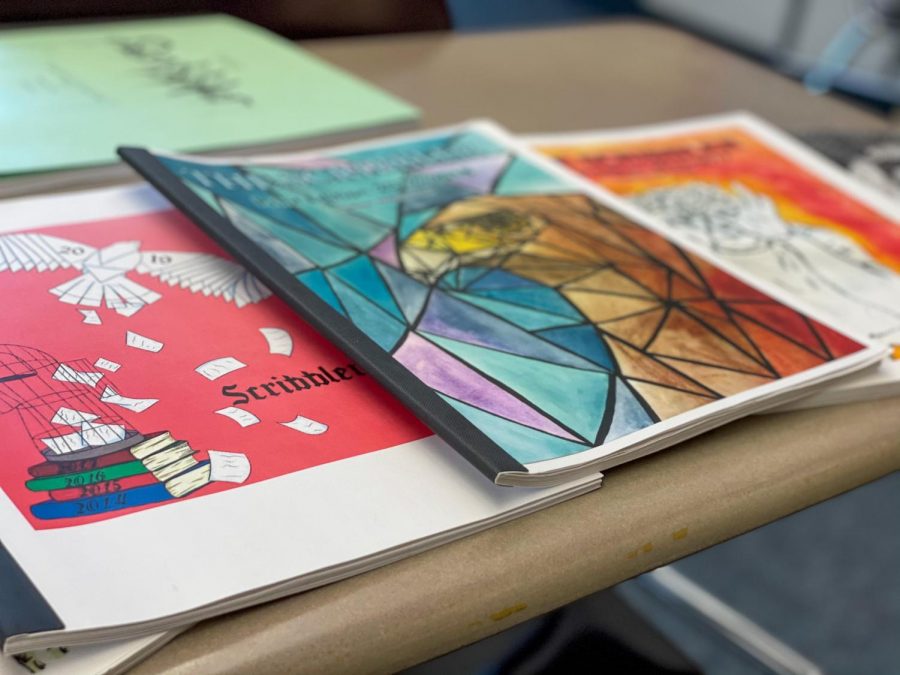 The Scribbler, Hudson High’s literary magazine, announced the winners of the annual writing contest on March 10.

The Scribbler’s main goal is to excite the school community to publish student work. The editorial staff also aimed to inspire others to write about their experiences during the pandemic and beyond.

Each year, The Scribbler celebrates the writers of Hudson High and publishes their works in a print journal and website. For the 2021 publication, the literary magazine was divided into three categories for contest submissions: poetry, short fiction, and nonfiction.

This year, the print edition will include the most amount of Portuguese writing pieces in the literary magazine’s history, emphasizing and celebrating the diversity of the Hudson community.

“I tried to ensure that the meaning of the piece stayed the same, maintaining the same level of eloquence in both languages,” said senior Mike Peckham, head translator of The Scribbler.

The Scribbler will also feature five visual artists and their pieces showcased throughout the magazine including photography, graphic design, and drawing.

“It’s wonderful how many students were willing to submit work in the midst of the pandemic, there’s evidently no shortage of inspiration for many of them,” said sophomore Anna Helble, editor of The Scribbler.

Advisor Carol Hobbs announced the winners via email and the Round Robin, congratulating the authors for their hard work and refined writing styles.

Writing and art pieces will be featured in this year’s edition, highlighting students from all grades and their contributions to the HHS writing community.

The print version of The Scribbler is projected to be released in mid-May followed by the online publication.

Below are the winning authors as well as excerpts from their pieces: