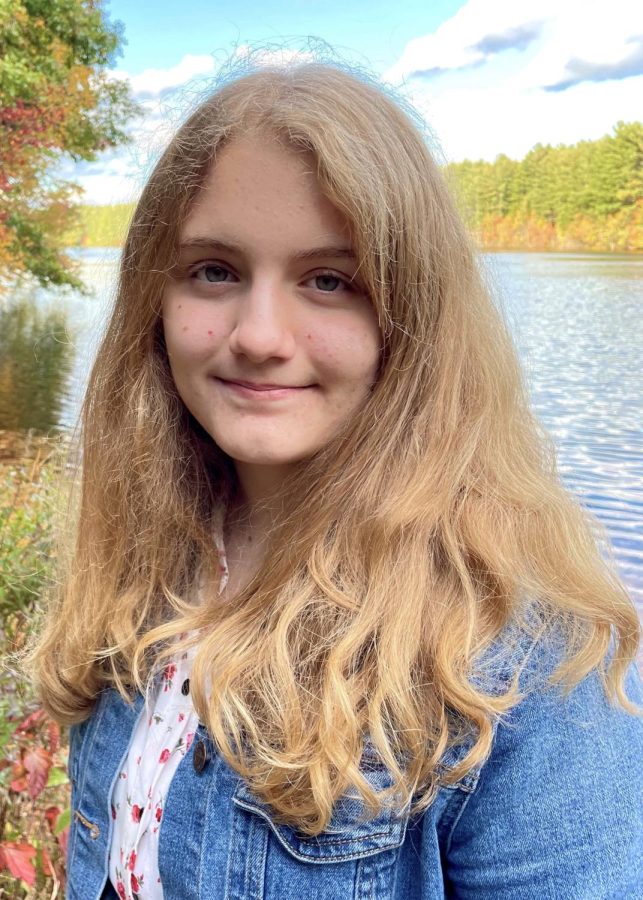 In how many languages can you say artist? For senior Elena Krasteva, she can say it in four.

Multilingual artist Krasteva has come a long way from moving to the U.S. as a middle schooler in 2016.

“I was born in Mexico but my parents and practically my whole family are from Bulgaria but they moved to Mexico in the year of 2000 which is why I was born there,” Krasteva said.

Her parents decided they would be better off here, the situation in Mexico economically wasn’t the best as well as safe. Her uncle and his family also live nearby so her mom had been wanting to move to the U.S for a while.

The transition was difficult because of the culture shock she experienced.

“Honestly the beginning was hard because I had a lot of culture shock. Everything was super different, especially the school system. I had a lot of trouble understanding google classroom and how google accounts work and I missed my friends,” she explained.

There was a huge difference with her surroundings and interactions with others.

“In Mexico people are a lot more friendly and the whole culture is more inviting. When I first came to the U.S I noticed that you kind of have to socialize yourself and not expect that from other people,” Krasteva said.

“What is considered ‘cool’ is very different here, especially middle school where I had trouble assimilating,” she continued.

Growing up with different cultures allowed Krasteva to learn a few languages. She went to a bilingual school so she was already able to speak English before she moved.

“I speak three and a half languages. I’m learning Portuguese right now. I’m not entirely fluent but because I speak Spanish it helps me a lot in the process of learning Portuguese. I speak English, Spanish, Bulgarian, and a little Portuguese,” Krasteva said, being modest.

“They put me in ELD my first year, they only put me in it for one year so I didn’t really have problems with the language,” she continued.

Krasteva grew up with a love of creativity and was able to expand her interest after moving.

“I always really liked to draw when I was little. But I feel like I took art seriously when I moved here because my parents would work 24/7 and I didn’t really have any friends so I would stay home alone the entire day after school and I used art to pass the time,” Krasteva explained.

Krasteva has been aware of her artistry since childhood. Being introduced to Disney movies and shows has sparked her inspiration.

“My parents are musicians so I’ve always had the creative aspect in me. I always loved watching Disney with my brother. We would sing Disney songs all the time. I have always loved animations so I wanted to do what they did on the TV so then I started drawing my own characters,” she said.

“The first animation that drew me in was Tangled and I have this art book, “The Art of Tangled” that included a lot of different character sheets and concept art that the animator made for the movie and that was like my first ever art book that I got. Most of the art included in there inspired me to keep going with art. I decided I want to go to art school because of that book,” she said.

Her creativity is recognized as she won awards for her work.

Overall, Krasteva wants to continue to let people know how much art has made such an impact on her life.

“I want people to know if I don’t get to be creative I go into this spiral and I can’t function and life becomes really boring for me so I need to stay creative,” Krasteva expressed.