I Am More Than What You See 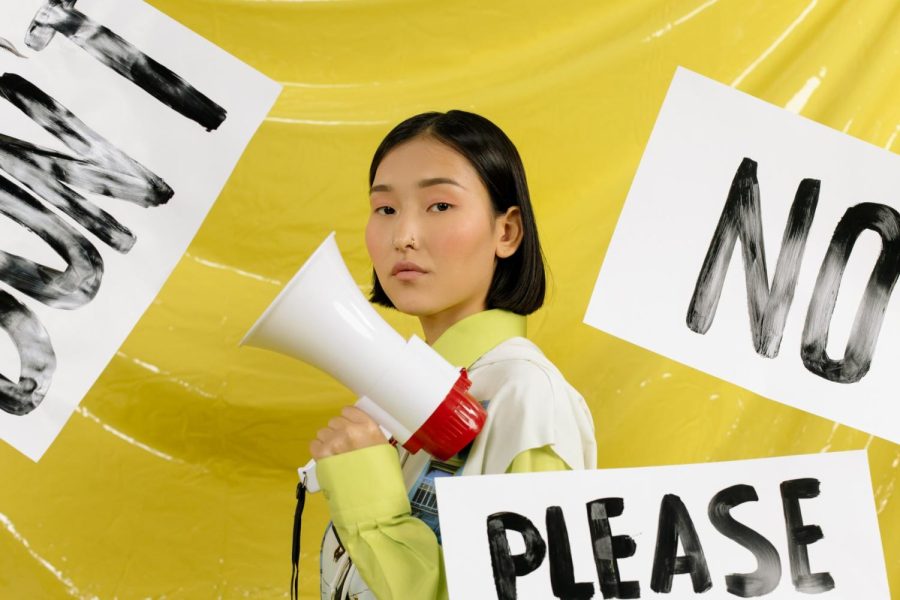 As a young girl, I remember being ecstatic to finally watch Harry Potter. I hoped, expected, to see someone like me. Seeing Cho Chang for the first time quickly replaced my hope with disappointment. Not only was her name generic, her character mainly revolved around her romantic relationship with Cedric or Harry. She was in Ravenclaw, the house that valued intelligence and wisdom, and had little to no character development. The powerful wizard I expected was another stereotypical nerd, forgotten after the protagonist lost interest in her. Being a Vietnamese girl, this movie taught me that I could only be intelligent, or the side character that relied on the white lead for recognition.

Negative stereotypes in the media have caused detrimental effects on the Asian community. Discrimination, racism, and violence all connect to an inaccurate image of Asians in the media. This issue is rooted in the film industry and will continue to harm APIs until representation changes.

Some may argue that change is already happening as Asian representation in the media has increased recently. In August of 2018, the film Crazy Rich Asians was released. Jon M. Chu, a Chinese-American director, successfully led a diverse Asian cast. Crazy Rich Asians is currently the “highest-grossing romantic comedy in the last decade”, a huge accomplishment for Asians and a catalyst for change in future productions.

Other known films are Shang-Chi and To All The Boys I’ve Loved Before, starring Asian leads with more depth. These newer films do provide better exposure to Asian ethnic groups, but it isn’t enough. Kevin Kwan, the author of Crazy Rich Asians, told reporters that one persistent director contacted him, saying they would be interested in producing the movie if the protagonist, Rachel Chue, was changed to a white character. It seems the world still isn’t ready to move away from the Caucasian protagonists, leaving the stereotypical kung-fu master, nerd, or side-kick to Asian actors.

While we must applaud directors for producing more racially diverse movies, false stereotypes still remain. One infamous trope in mainstream media is the “model minority” stereotype, which describes Asians as intelligent, hardworking, and law-abiding individuals. It’s not hard to find Asian characters that fit this stereotype. One report by the Coalition of Asian Pacifics in Entertainment (CAPE) found that about a third of API characters in the main cast embodied at least one API stereotype or trope. So why are most Asian characters always naturally gifted in academics? Because the media has reinforced false characteristics of Asians.

Shows often cast Asian actors to play successful doctors or STEM geniuses like in ER, Heroes, and Grey’s Anatomy. Rajesh Koothrapalli from The Big Bang Theory is a naturally smart young man and a soon-to-be astrophysicist. Spider-Man: Homecoming, starring Jacob Batalon (Ned Leeds), is a popular film that has adopted this stereotype. Ned, a Filipino character, is, of course, the nerdy science and tech prodigy able to bypass a code on Spider Man’s suit, disabling it on command.

Upfront these traits seem to benefit the Asian community, but it’s just a facade. When the media constantly portrays Asians as a “model minority,” it not only isolates Asians from other communities but creates pressure to always be successful. This expectation to perform well all the time is exhausting and creates unrealistic expectations for API.

An online exhibition at the USC Pacific Asia Museum called Debunking the Model Minority Myth displays the stories and experiences of anonymous API students. One student wrote, “In high school I did the stereotypical ‘Asian’ things I thought I was supposed to do–play violin in orchestra, take as many AP classes as possible even at the expense of my mental health, and replace friends with columns of A’s on my report card. I thought my deteriorating mental health and overall feelings of unhappiness were normal and even expected because as an Asian American person I wasn’t entitled to have problems.”

Other studies show that depression rates of elementary school Asian girls are much higher compared to other racial groups. The American Psychological Association found that female APIs between ages 15-24 had the highest rate of suicide (14.1%) in comparison to other racial groups. The rising rates of anxiety and suicide attempts in Asian youth has become increasingly alarming, a direct consequence of the “model minority.” Because Asian characters have personalities that often revolve around school, this teaches young Asians that their worth is based solely on academic achievements.

In addition to the “model minority” stereotype, the film industry has a long history of hyper-sexualizing Asian women. The belief that all Asian women are docile, sexual beings dates back to when U.S. troops were settled in Vietnam, Korea, China, and Japan. Due to living conditions and increasing poverty, many Asian women and orphans were forced into the sex industry. This influx of sex workers, called “comfort women,” created camp towns soldiers often visited. NPR host, Alisa Chang, interviewed Nancy Wang Yuen on ‘A Sociologist’s View On The Hyper-Sexualization Of Asian Women In America’. Yeun, a sociology professor at Biola University who specializes in race and ethnicity in the media, explained, “Easy access and inexpensive access and continual access through those camp towns contribute to the idea that Asian women’s bodies are just for white male pleasure.” More camp towns emerged near troops, which led GIs to associate sex work with Asia.

Harmful tropes such as the “exotic lotus flowers,” “dragon ladies,” and “temptresses” were formed when U.S. soldiers brought their false idea of Asian women back home. In Madame Butterfly (1993) a Japanese woman commits suicide after her white American lover leaves her and their son. This emphasizes the idea that Asian women were dependent on men for validation. Full Metal Jacket (1987) has one scene where a Vietnamese prostitute seduces two GI soldiers in a thick accent, an obvious indication that API women were only important for their bodies. Actress Lucy Lui played Japanese Yakuza leader O-Ren Ishii in Kill Bill (2003). Ishii used her cunning personality and sexuality to manipulate enemies to their demise, promoting the deathly, yet seductive killer trope.

Western media strips Asian women of their dignity and personality; Asian characters are reduced to sex objects. This is far from representation; it’s dehumanizing and insensitive. The CAPE found that 17% of female API characters were verbally objectified while 13% were visually objectified in the top ten grossing domestic films. These movies were from 2010-2019; hyper-sexualizing of API women is still prevalent. Producers have abused these tropes for centuries, and it’s no surprise that the film industry has made a sizable profit off Asian women.

Although there aren’t a plethora of Asian characters in the media, it’s important to recognize that representation matters. Seeing Asian ethnicities in film exposes audiences to other races, but how Asians are portrayed is equally important. Stereotypes have a huge impact on Asians, violence being one of the biggest consequences.

On March 16, 2021, Robert Aaron Long went on a shooting spree in Atlanta, Georgia. Long, a white male, stormed into three different spas and massage parlors, killing eight people. Six of the eight victims were Asian women. The New York Times reported that Long told the police he had a “sex addiction” and was only trying to “eliminate his temptations” after having a “bad day.” Asian women are not disposable objects at the expense of others. The hyper-sexualization of Asian women has become so normalized by the media that it gives some people indirect approval to continue fetishizing API women. The film industry has made this community susceptible to violence, and it doesn’t end here.

The Asian & Pacific Islander Institute on Domestic Violence report, written by Meiko Yoshihama, Ph.D. and Chic Dabby, collected dozens of studies done by other organizations about violence against API women. The results were shocking. One survey from The National Asian Women’s Health Organization conducted random phone interviews of 336 Asian American women aged 18-34 in the Los Angeles and San Francisco areas. The survey found that 19% of respondents reported having experienced “pressure to have sex without their consent by an intimate partner” since age 18. Eight percent of all respondents reported experiencing completed sexual assault; 16% of those completed assaults were committed by the woman’s intimate partner.

To be sexualized in the media and then face the consequences of stereotypes created by Western culture is disgusting. Mainstream media has given society the impression that Asian women constantly want sexual relationships, but seeing docile and submissive Asian characters is not an invitation to harass Asian women.

The USC Annenberg Inclusion Initiative found that only 5.9% out of 51,159 speaking characters in popular films are Asian-Pacific Islanders. This lack of representation has created an epidemic of sexualization, stereotypes, and violence. Luckily, directors and film producers have the power to fix this. The media has a big influence on diverse audiences and can sway how Asians are perceived. The Atlanta shooting was a step backward for API women, but we still have time to make a change for me and others.

I’m not your sidekick. I’m not the quiet nerd with no life outside of school. I’m a Vietnamese-American student. I am the daughter of two first-generation immigrants. I am so much more than what the media shows; it’s time the world sees me.