Valentine’s Day is not just a Hallmark Holiday 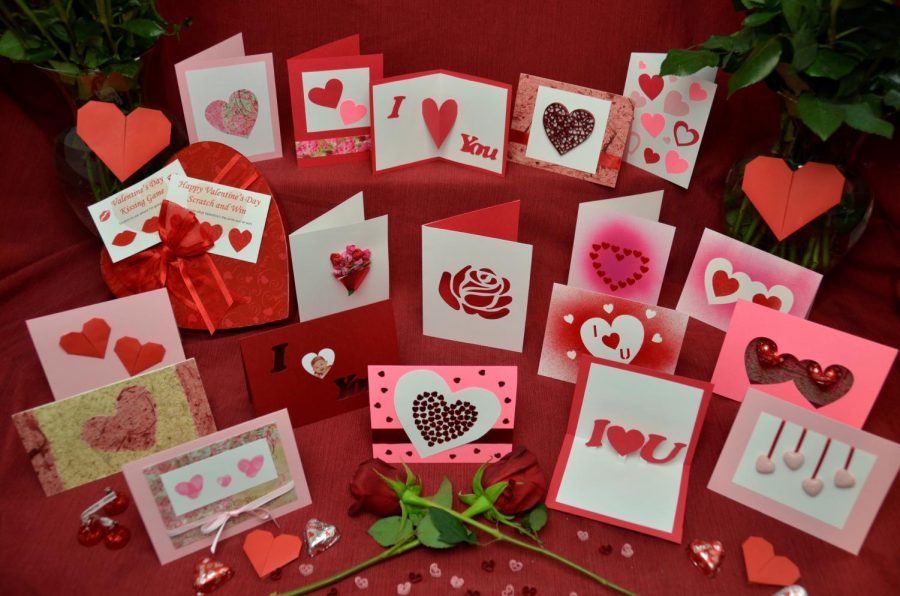 Why is writing a card for a loved one such a bad idea? |Photo from Google Images

Valentine’s Day is a popular holiday about spreading love and happiness and having a valid excuse to stuff your face with chocolates. It is the kind of holiday that stirs up mixed emotions; some will complain about the seemingly arbitrary day, while others look forward to spending the day with the one they adore. Either way, everybody has an opinion on it, but nobody ever thinks about the meaning of it.

Valentines Day was first celebrated around the 17th century in the United States, with the first Valentine’s Card designed and sold in Worcester, Mass in 1847. Many people believe that Valentine’s day was never truly celebrated until large companies like Hallmark popularized it by selling more items involving the holiday and publicizing it in 1913. Companies like Target or Walmart that sell Hallmark and other gift products may have influenced the popularity of the holiday, but Valentine’s Day is more than just chocolates or flowers, it is about celebrating love, which many people have forgotten about.

I’m sure you have seen this as much as I have. While out at dinner you happen to see a couple together, both on their iPhones, checking their Facebook status, Instagram feed, or maybe reaching a new high score on that one addicting game. Whatever it may be, it saddens me to see a time that should be cherished wasted as people get lost in the social media storm.

With Valentine’s Day, we can momentarily pause technology use and take a moment to truly appreciate our loved ones. Even if you are not in a relationship, you can take a day to appreciate your friends. Have a Galentine’s Day breakfast as seen in Parks and Recreation and spread love rather than complaining about it. The 2010 episode about women celebrating women has traveled from the screens into our daily lives. Cards, parties, and celebrations have become popularized on February 13.

Sure, large companies have made millions off of Valentine’s Day, and there are definitely a ton overpriced cards, but isn’t it a nice thing to see people caring about their significant other this much to spend money on them?  This holiday does not have to be completely about romantic relationships. It can be about spreading love with your family, friends, and people you sometimes take for granted; to take a day to show your appreciation for someone.

Valentine’s Day is not only about sending cute text messages or complaining about love; it is about spreading love and happiness to the people who deserve it. It is about appreciating the people in your life and getting a chance to simply say thank you. Valentine’s is only a pointless Hallmark holiday- if you want it to be. As a generation, we can change the way people view daily life. We can change this sudden need to check our phones every five minutes and take a chance to breathe and admire how beautiful life can be. We have the power to stop being overly influenced by the media and think for ourselves- just by ignoring society’s norms, and strumming to our own beat, rather than the media’s.