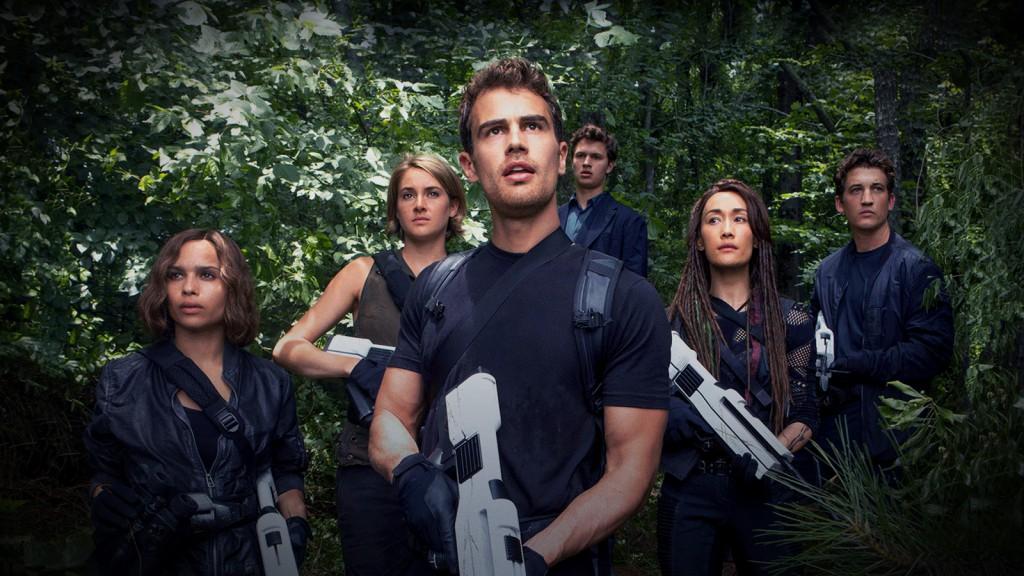 While Allegiant features great digital effects,scenery and props, the film doesn’t develop the characters any more than the last installment did.

Allegiant picks up a few months later with the aftermath of the war between Jeanine and the factionless. The movie opens with Tris and Four climbing a crumbling building and deciding to leave the city. Evelyn,the new leader, forces important members of Jeanine’s group to go on trial, which results in immediate execution. Tris breaks her brother out of prison before he takes the stand, and each one of her friends tags along. Together they escape over the wall and into the unknown. From there they travel through a Mars-like landscape till they come in contact with an invisible force field. Behind the force field is a civilization known as the Bureau of Genetic Warfare, the ones responsible for the message hidden in the box from the last installment.

Tris meets with the head of the bureau, David, who tells Tris she is the only one in the world that is “genetically pure” and that they need her to fix those who are damaged. For the remainder of the film Tris learns more and more about the bureau.

Although its digital effects were cool, the film struggled conceptually due to the lack of character development and its predictability. Let’s start with the negatives, and try to end on a positive note. When the group is escaping the city, Tori’s death felt brushed over, and the director didn’t give enough time for Tris to mourn the death of her friend. Tori played a major role in teaching Tris about the importance of Divergent and deserves something more than two minutes of crying. Letting Peter join them on their trip out of the city was a dumb move by our protagonist due to the fact that he has betrayed her twice. He even goes three for three by sneaking into Chicago and being the one that releases the serum onto the citizens.It is hard to believe that Peter would gain their trust again,and then betray them (again).Based on past encounters, it’s also hard to believe that they would be so willing to trust in another corrupt government. The spectacle of the film and its excellent use of digital effects covers up these flaws in the story.