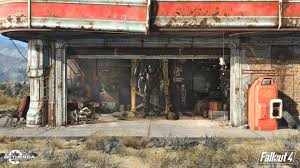 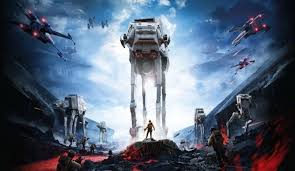 Star Wars is known for being one of most popular franchises of all time, and this makes Battlefront the most profitable game this year. EA Dice released Battlefront on November 17, 2015, earning the company 12.5 million dollars.

The game features massive online lobbies that can hold up to 40 players at a time. While in-game, players can earn the ability to play as iconic characters, such as Luke Skywalker and Darth Vader, allowing them to cut through the competition with ease. If a light saber isn’t your specialty, then hop into the legendary Millennium Falcon and annihilate the competition in Fighter Squadron.

Another element Dice excelled on in the process of making this game is the map design. Planets such as Hoth give off a life-like feel as you run through the trenches on this snowy planet while avoiding the massive AT-ATs.

While the characters, game modes and maps are great, the game lacks any sense of customization. Not all players can play as Luke the entire lobby, which leaves players as either one of the rebels or stormtroopers. There are options to change the head of the character, but nothing worth the high prices of that item.

This year’s campaign leaps into the year 2065, featuring a chilling theme as the player navigates throughout a world of advanced technology with the DNI at its helm. The Digital Neural Interface allows any person with one planted inside their brain to communicate telepathically and hack systems within seconds. The DNI can be very dangerous though, as you watch your friends succumb to mind control and robotic modifications to the point where the soldier is more machine than man.

Multiplayer has been featured in every Call of Duty title since 2004, but this doesn’t hurt Activision. Activision handled the issue of multiplayer this year exceptionally well, with dedicated internet servers and its new addition, specialists. Every Call of Duty multiplayer section to date has featured earnable killstreaks to help enhance the gameplay. Specialists are similar to killstreaks by allowing players to earn even more kills through fun new weapons and abilities for a short amount of time.

The only thing hindering Activision from a perfect score is its poster child, Zombies. Zombies this year featured only two maps, a fan favorite remake, and a cityscape featuring a noir theme. Shadows of Evil, the only new addition to the Zombies franchise, places players on the congested city streets with a lengthy easter egg not worth the reward. 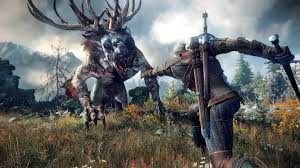 Out of the four games, The Witcher 3 has the best next gen graphics, with lifelike monsters and landscapes that generate a mythical environment. The monsters in The Witcher are not only beautifully designed, they are also terrifying. The first monster you face is a griffin hunting villagers out of anger because they killed his wife.The dangers presented by these monsters are very apparent, and if the player is not properly prepared, there’s a low chance of survival.

After slaying the griffin I decided to challenge a wolf I found in the woods. This seemed like an easy target, until its five brethren arrived. I was surrounded quickly and died almost immediately.

On one hand, it shows a unique way to defeat every beast rather than attacking head on. This idea added creativity to every battle, but it can cause frustration in new players. I ran into that same pack of wolves four more times until I realized I was going to need a weaker opponent.

Monsters aside, the environment mirrors a mythical version of our own. There are massive fields, forests and lakes that each harbor their own monsters. Included in The Witcher is its decision-based gameplay, which makes each interaction a major decision about who you are and how others see you.

A final feature that keeps calling me back to the game is its leveling system. Leveling up to prepare for the next monster by using monsters that I defeated previously feels very rewarding.

The game struggles with its timing. It takes too long to level up to the point where you are able to take on the bosses seen in the trailers and that players are always raving about. 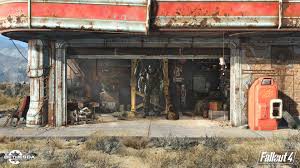 After six years of anticipation, the series returns with a dedicated storyline about a father searching for his son during a nuclear apocalypse. This decision-based story is fully surrounded by thousands of items, craftable weapons, and armor to help you defend yourself from mutants and other survivors. While venturing through the wasteland, players can decide which group of survivors to side with in hopes of finding your son. Each group you encounter offers their own philosophies about how to handle the new world.

Another option worth putting time into is rebuilding your old neighborhood into a fortress where you can store items and sleep through the night without worrying about mutants. While Fallout features an objective to guide you throughout the wasteland, the game has hundreds of side quests to earn you all kinds of sweet loot to enhance your gameplay.

The looting and storylines alone make this game worth the $60, and the only issue was the power armor. Power armor is a post-apocalyptic version of the Ironman suit that allows you to handle the bigger bosses with ease. The issue with the armor is its fuel source, which is extremely rare to find in the wasteland.

Another issue with the power armor is its location and the time it takes in between loading screens. If you encounter a boss that requires the armor, you have to have fuel, then fast travel to your gear, put it on and fast travel back to the boss. This process becomes very tedious considering how hard it is to find the fuel in the first place.